The Seattle Seahawks joined the National Football League as an expansion team in 1976 along with the Tampa Bay Buccaneers. The team was in the National Football Conference its first season and then switched to the American Football Conference the following year as part of the expansion plan. The team returned to the NFC in 2002 as part of the NFL realignment plan, and it remains the only team to appear in both AFC and NFC Championship games. Despite a history that will soon span five decades, the Seahawks have had only 8 head coaches. Here is a look at the last three. 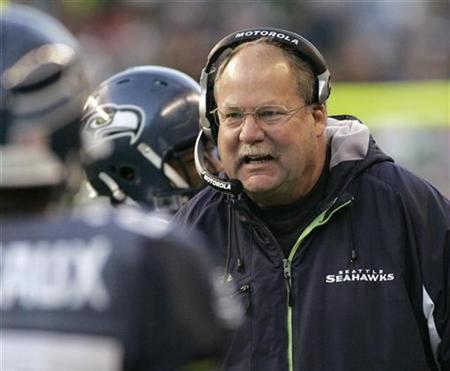 In his very first season with the team, the Seahawks reached the playoffs for the first time in more than a decade. In 10 seasons with Holmgren, the Seahawks made the playoffs 10 times. The team also reached its first Super Bowl, and even though that game was lost to the Steelers, it was a significant accomplishment.

Overall, Holmgren posted an 86-74 record. He also became the only Seahawks coach ever to win the Steve Largent Award. He was at the helm for rushing titles; a 28-TD season, which was a record at the time; an NFL MVP; and multiple Pro Bowl appearances by QB Hasselbeck and RB Alexander.

Despite his success, his legacy with Seattle will forever be tarnished to some degree by the state of the team after the 2008 season and the success Carroll was able to achieve just several years later.

Jim L. Mora is the son of Jim E. Mora, who coached in the USFL and coached the New Orleans Saints and Indianapolis Colts. Jim coached under his father with the Saints and under Steve Mariucci with the San Francisco 49ers before being hired as the coach of the Atlanta Falcons in 2004.

Mora had success with the Falcons, and in 2007, he joined Holmgren’s staff so that he could be pruned to take over when Holmgren would leave after 2008. Holmgren did not leave the Seahawks in great shape. It was a 4-12 team with an injured, aging QB and lacking talent, and in 2009, Mora could only improve the team marginally to a 5-11 record. He was fired after that season.

Like him or not, most would agree that Mora was not given a fair chance to succeed. It was after all a rebuilding year, and everyone knew it. What spelled Mora’s doom was less about what he had done, or not done as the case may be, and more about Pete Carroll letting ownership know that he was interested in a return to the NFL. 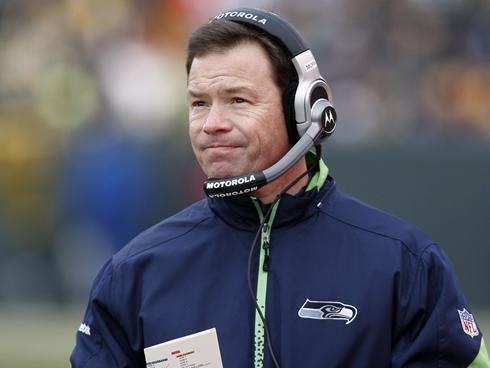 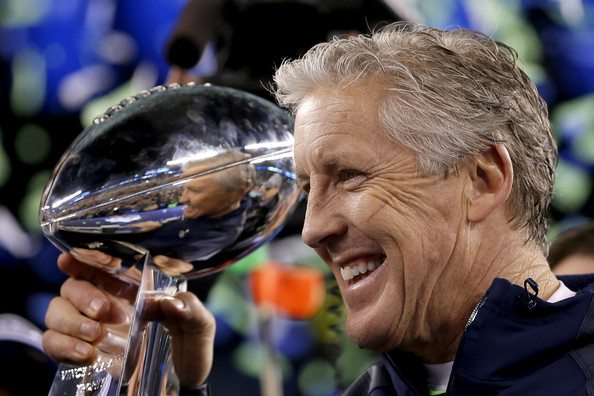 Pete Carroll is arguably one of the most interesting coaches in the history of football. He has always been well respected among his peers, many of which consider him a great football mind. Nevertheless, despite great success at the collegiate level, Carroll had an awful track record as an NFL head coach. There were many questions surrounding the Seahawks concerning the Mora and Carroll decisions.

The 2010 season did not start well either, and the team finished 7-9. Regardless, they won a weak division and even managed a playoff win against a heavily favored Saints team. Fans started to believe, and then the Seahawks drafted QB Russell Wilson in 2012 and an amazing defense began to emerge.

Russell Wilson played all 16 games his rookie season amidst much criticism, but the team went 11-5. The following year the team went 13-3 and won Super Bowl XLVIII against the Denver Broncos. The next season the team went 12-4 and returned to the big game only to lose to the Patriots. The Seahawks are not just a good team under Carroll; they are a dominant one, and a big part of that success has been Carroll’s eye for talent and his willingness to shape the team around the talent he does have.

Get free bets for your Seattle Seahawks at BonusPromoCode.come. Get up to $1,500 from MyBookie.ag with the MyBookie promo code offer at https://bonuspromocode.com/mybookie-ag-promo-codes/.